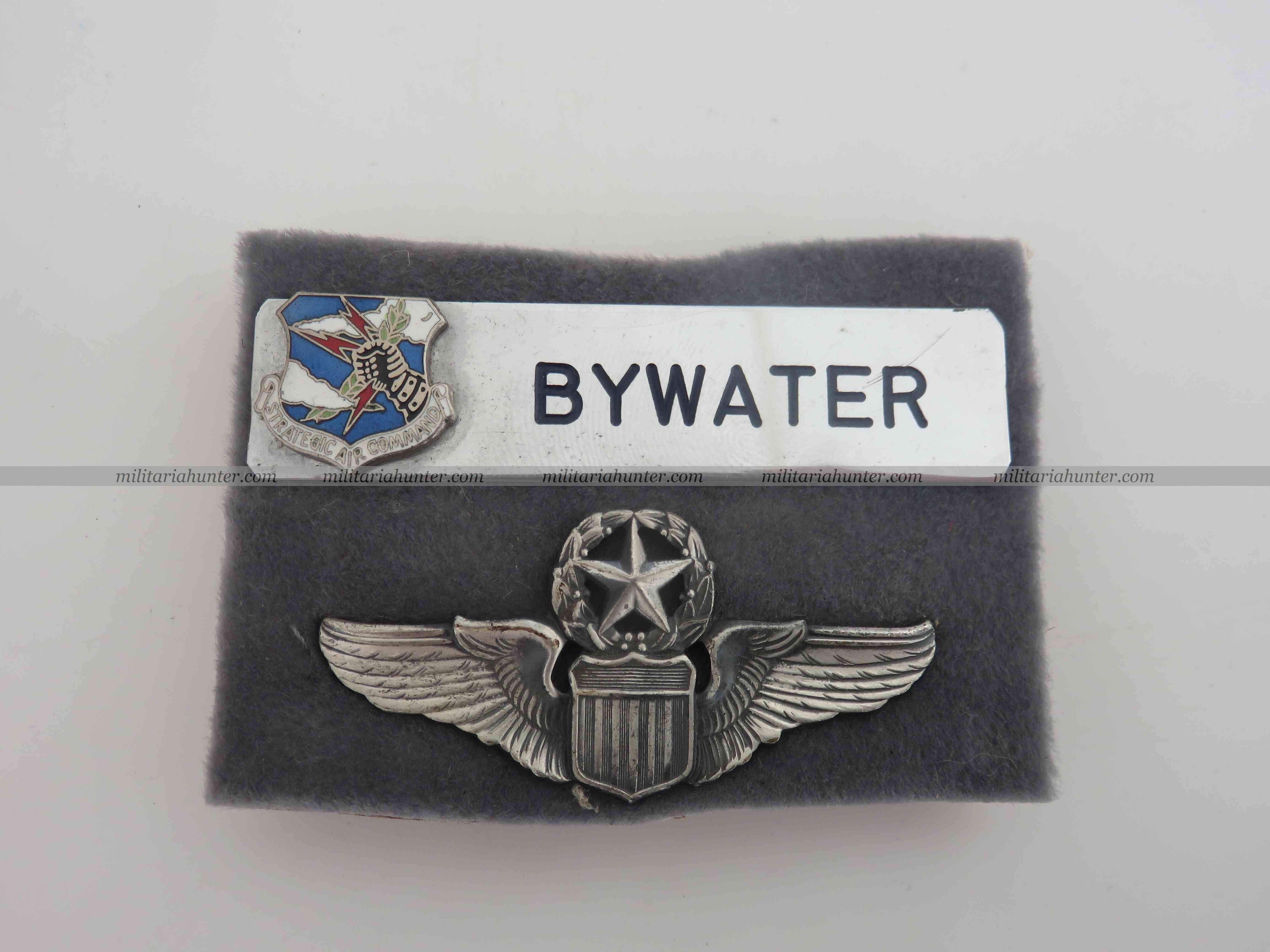 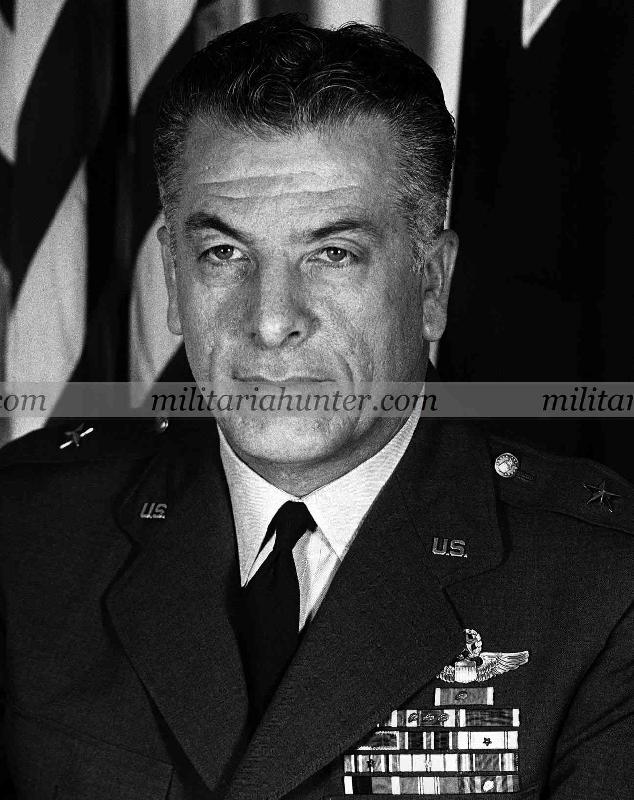 Back of wings marked Antaya G.I. 1/20 silver filled and back of the plate NOVEL TOKYO JAPAN
We suppose that it belong to Brigadier General Murray Alston Bywater (1915-2004)
Murray Alston Bywater was born in Salt Lake City, Utah, in 1915, and graduated from the University of Utah in 1936 with a bachelor of science degree in business administration.

His military career began in February 1936 when he received a reserve commission in the Field Artillery and entered the Air Force Primary Flying School at Randolph Field, Texas. He completed Air Force Advanced Flying School, at Kelly Field, in June 1937. He was then assigned to the 73rd Squadron at March Field, Calif. He received his regular commission in October 1938.

In 1942 General Bywater was assigned as assistant operations officer of the 41st Bombardment Group (Medium), Naval Air Station, Alameda, Calif. and then attended the Command and General Staff School at Fort Leavenworth, Kan. Following this schooling he returned and assumed command of the 47th Bombardment Squadron, (Medium), of the 41st Group.

In October 1943 General Bywater, then a colonel and commander of the 41st Bombardment Group took his group to the Pacific Theater of Operations and remained there until the end of World War II. Following World War II, the general was assigned as deputy chief of the Propulsion and Equipment, Research and Engineering Division, Research and Development Directorate, Headquarters U.S. Air Force. He became chief of the equipment branch in 1948 and served in this capacity until June 1949.

A graduate of the Air War College in 1940, General Bywater was again assigned to Headquarters U.S. Air Force as chief, material branch, Air Force Office of Atomic Energy. In 1952 he was named assistant deputy commander for air of Joint Task Force 132 (atomic tests). In 1953 he became deputy for air of Joint Task Force 7 which conducted nuclear and thermonuclear experimentation in the Pacific.

General Bywater first joined the Strategic Air Command as deputy commander of the 310th Bomb Wing, Smoky Hill Air Force Base, Kan., in August 1954. Since then he has commanded the 407th Strategic Fighter Wing and the 4061st Air Refueling Wing (Medium), both SAC units located at Malmstrom Air Force Base, Mont. He graduated from the Canadian National Defence College, Kingston, Ontario, in 1959. He was then assigned as commander, 22d Air Division (SAC), Clinton County Air Force Base, Ohio.

In November 1960 General Bywater was selected to be a Site Activation Task Force Commander at McConnell Air Force Base, Kan. The task force had responsibility for the TITAN II project in the McConnell-Wichita area.